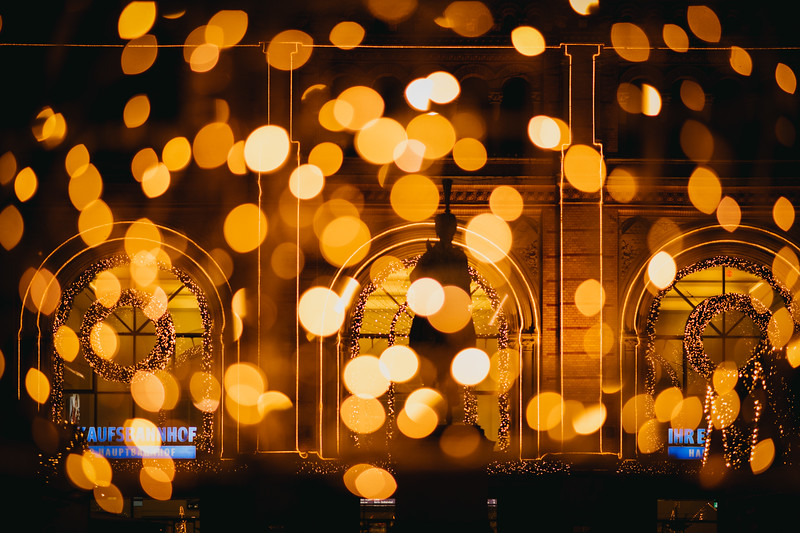 Happy holidays from PWP Travel and Nature Photography! In honor of the season, today’s post is about one of the best December traditions in Germany: the Weihnachtsmarkt (or Christmas market). It is one of the travel photography opportunities we were most looking forward to when we came from Washington to Hannover, Germany. After hearing my German wife talk about the magic of German Christmases for the past decade, I especially couldn’t wait to see what the fuss was about and to take some pictures of this annual community event. As travel and nature photographers, we anticipated capturing some great images of Hannoverites celebrating the holiday season. From December 1 to December 22, the entire city comes out to shop for handicrafts, to enjoy various freshly made local foods and of course, to drink lots of Glühwein (a delicious mulled wine that is a fixture of every German Christmas)! 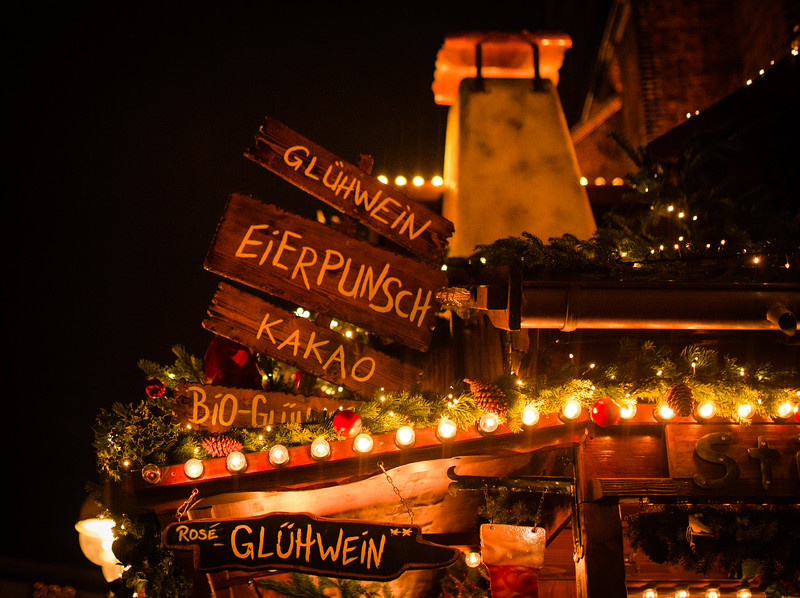 It did, however, take us a little while to get around to bringing our Nikons out to the market. Even though we were out walking among the stalls and sampling Glühwein on the first night and even though we explored every nook and cranny of the market during the half-dozen other visits we made with various groups of friends, we wanted to make sure we could photograph without interruptions and didn’t carry our camera gear along until one of the last nights.

We started at Hannover’s central train station, outside of which were a network of shops and food stalls surrounding a famous statue of King Ernst August astride a horse. In the photo at the top of the page, we took a picture of the king through the lights that had been strung up around the perimeter of the market, resulting in a very dreamy and surreal final image. We also mounted our Nikon D750 on a tripod and took some long-exposure shots of this part of the market. We are big fans of long-exposure images and use the technique frequently in our nature photography to blur motion and to turn lights into starbursts. In the photo immediately above in particular, we love that the market attendees are less prominent, allowing the blazing Christmas lights to take center stage.

From the train station, we took our cameras to the main square in Hannover’s commercial district, where the city had set up a giant version of a traditional Christmas “pyramid.” Though originally from the Ore region of Germany, these beautiful structures have become a symbol of all German Christmases and a staple of Weihnachtsmarkts throughout the country. In the toy-sized pyramids, the fan on the roof slowly rotates from the heat of the candles, thereby turning the nutcracker statues inside the supporting tower. The big one in the picture above, however, was powered by electricity for safety reasons. To capture that sense of motion, we set up another long-exposure shot and used a wider-angle lens to get the entire square into the image.

Hannover Marktkirche At Night In Black And White

The last leg of our photo tour took us to Hannover’s Marktkirche, one of the city’s most recognizable landmarks. Hannover’s main Lutheran church was also the centerpiece around which the main portion of the Christmas market was built. The building was built in the lovely northern German “brick Gothic” style and looks particularly beautiful at night. We feel that putting photo above in black and white particularly highlights the gloomy beauty of the church as it rises into the darkness.

Spreading out from the foot of the building were shops selling beautiful, handcrafted Christmas ornaments; delicious grilled meats; and of course, Glühwein! We also found there a stall dispensing Feuerzangenbowle, a dangerously delicious traditional rum drink into which sugar is added after having been set on fire. While exploring this part of the market (and quite possibly sampling a bit of Feuerzangenbowle), we found a beautiful old carousel that, despite its obviously advanced age, was still carrying Hannover’s children on rides. This was another great opportunity for us to use long-exposure photography to capture the whirling motion of the carousel as it spun around. 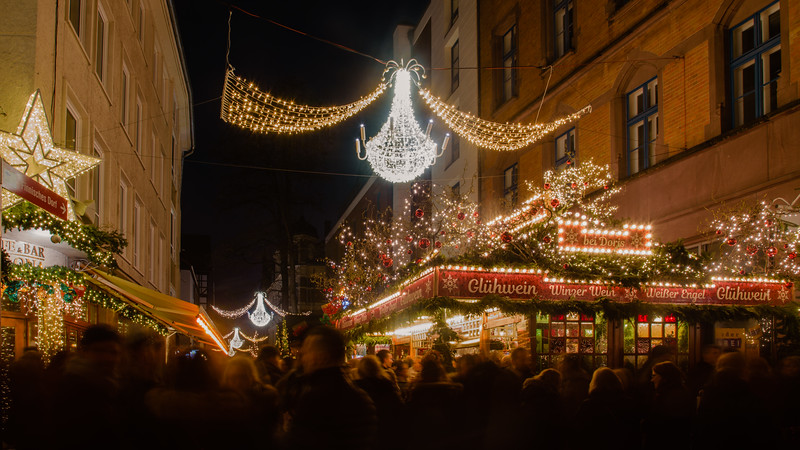